Arthur T. Phoenix, also known professionally as “Phoenix” has helped countless people find the key to their life and a new beginning Phoenix has helped several charitable organizations and programs for children. Phoenix has made numerous contributions and volunteered his time and efforts for many worthy causes such as the Board of Education, American Cancer Society, Make a Wish Foundation, United Negro College Fund, and AIDS Foundation. Organizing and sponsoring a celebrity softball game, Phoenix brought together recording artists such as The Jacksons, and professional athletes from the NFL and NBL to help raise money for abused and homeless children. Phoenix donated his time to helping the Youth on the Rise Foundation in 1999, founded by former Oakland Raiders player, A.C. Caswell, helping to bring programs for the Valley of the Sun’s underprivileged youth. In his never-ending quest to bring happiness and joy to children, Phoenix brought celebrity performers to St. Joseph’s Hospital Children’s Ward in 2000 to brighten the lives and spirits of the children in the hospital during the holiday season.

Phoenix, who is a Board-Certified Life Coach, received his Bachelor’s and Master’s Degrees in Metaphysical Science, his Ph.D. in Philosophy, and Ordained Minister Diploma and Practitioner Diploma from the University of Metaphysics. He was also presented with a Certificate of Recognition from Los Angeles, California, Mayor Eric Garcetti, for his charitable work with Habitat for Humanity in 2018. He also received a prestigious honor from Las Vegas Mayor, Carolyn Goodman, who declared October 27, 2018, to be “Arthur T. Phoenix Day” at the 22nd Annual Salvation Army Luncheon he had worked so diligently with.

Phoenix has been honored with a Special Proclamation from the Mayor of Phoenix, Arizona, Greg Stanton, in 2018, for his generous contributions to The Salvation Army in Arizona. He also received individual recognition from Governor of Arizona, Jane D. Hull, in 1999, and Proclamation Awards from the Mayor of Los Angeles, California, Richard J. Riordan, in 1998, and the Mayor of Phoenix, Arizona, Skip Rimsza, in 1999, for participating in and helping develop the Dreams Do Come True Foundation annual events for higher learning. The Dreams Do Come True Foundation and its programs were designed to help children learn to say no to drugs, get an education, and follow their dreams.

Phoenix also received a special Letter of Recognition from and personally signed by President Barack Obama in 2013. He also received an Award of Excellence from the Board of Education, Public School 3, The Bedford Village School, Brooklyn, New York, in 2016, for being an outstanding role model for children and the local community. In 2011, the City of New York presented Phoenix with an Achievement Award for his humanitarian efforts, and he was also commended for his dedication to his hometown community of Brooklyn, New York, by the Mayor of New York City, Michael R. Bloomberg, and Brooklyn Borough President, Marty Markowitz, who presented him with a Proclamation Award for academic excellence and Education Awareness Day in Brooklyn, New York.

Phoenix was bestowed with the distinguished title and rights of “Lord Arthur Phoenix,” along with a Certificate of Lordship by the House of Pierpont-Archer, England, on December 16, 2019. Phoenix, who is Board Certified in CPR (Cardiopulmonary Resuscitation) and BLS (Basic Life Support) also became a Master Mason and is a proud member of the Mason Masonic Lodge.

He has been interviewed by the media in news outlets around the world regarding his professional commentary and expertise on working with Michael Jackson and the Jackson family. Phoenix, a former spokesperson for the Jackson family has also managed one of the famous Jackson brothers, Tito Jackson. Seeing the potential and diversity in Tito Jackson as a performer, he is responsible for helping to pioneer Tito’s solo career and launch him as a Blues artist in 2002.

Phoenix was also the subject of a film documentary in 2017 based on his life story. Phoenix’s talents and his extraordinary abilities have taken him all over the globe. His career even expanded into the lucrative world of modeling in 1991, as he has modeled high fashion clothing for top designers such as Gianni Versace, Hermes, and Jean Paul Gaultier.

Using his expertise, Phoenix has gone behind the scenes, working with major corporations, record labels, and film companies worldwide. Managing and operating his own public relations firm, Phoenix has worked with such prestigious clients as former heavyweight boxing champion, Mike Tyson, BET’s 20th Anniversary in 2000, SoSoDef Sports Management, the 1998 Billboard Music Awards, Smokey Robinson, and many others. He is highly acclaimed as an author, a music historian, and an expert in the field of entertainment.

The Dancing Machine Review show, the first and only Tribute to the Jackson Five and Jacksons, was the brainchild of its founder and producer, Phoenix, launched in 2005. It was a truly awesome retrospect that rendered a standing ovation each and every time! The Dancing Machine Review captured the nostalgia of The Jackson Five and the magic of The Jacksons for all audiences around the world.

Phoenix can quote with the utmost accuracy, times, dates and events of the last forty years of entertainment history without any reference other than his own internal cerebral encyclopedia of facts. Without question, he clearly surpasses most other music historians of this generation with his knowledge of entertainment history and its effect on the culture and people from that moment in time.

Phoenix is one of the most informed music historians of our time who will provide powerful insight, detail, and fact, and how it all ties in together with the artist of whom he is speaking, for a truly unforgettable experience.

Phoenix also ventured into another media realm with his own Phoenix Rising Radio Show featuring Phoenix discussing hot topics on relationships, success, life skills and so much more.

Currently, Phoenix’s mission is to spread consciousness and awareness to people of all ages and nationalities worldwide by enlightening and educating the populace with his superb speeches of encouragement and inspiration.

“I want to continue to be the voice that leads many for so very few that can’t speak and the echo that carries the words of the great leaders that have left their legacy for mankind.” 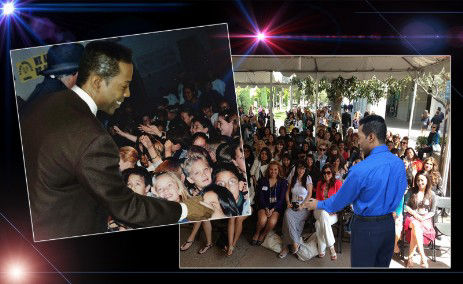 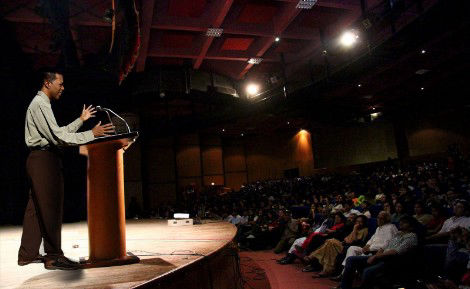 Get in touch with us today and learn more about how we can help you balance your life and overcome your weaknesses.

Purchase our merchandise or make a donation today to help support your community with their daily challenges.